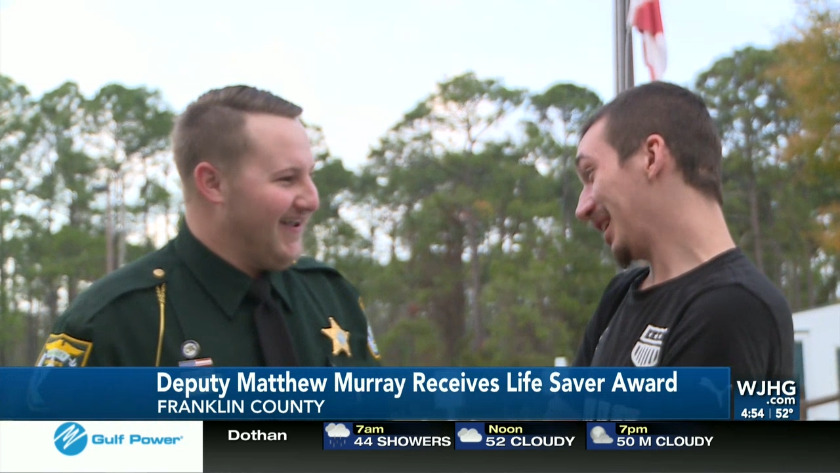 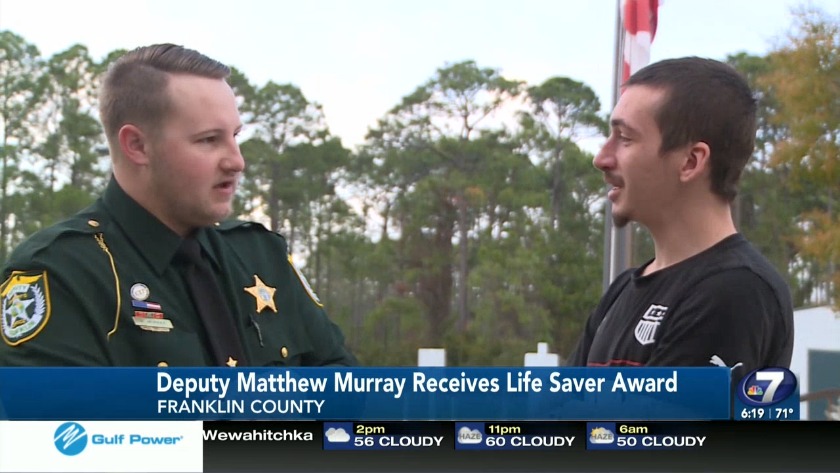 EASTPOINT, Fla. (WJHG/WECP) - Tuesday afternoon family and friends of Deputy Matt Murray and Ryan Austin Corley gathered at the Franklin County Sheriffs Office for an award ceremony, but this one meant more to everyone involved.

Just a few months ago, Deputy Murray and Corley met under different circumstances after a rollover accident.

Murray said, “When I arrived on scene, Austin Corley, was barely breathing and had no pulse. So going back to my training I immediately started CPR”

The accident happened near the foot of the St. George Island Bridge on October 7th.

“When he left he had a pulse from when I checked,” said Murray.

Corley was life-flighted after the accident and has since recovered.

Deputy Murray said there was only one thing on his mind when he felt Corley’s pulse come back.

Deputy Murray and Corley are around the same age and knew each other in school, which made it even more important to both of them.
Austin Corley

Corley said, “I like the feeling that I knew him. It made it even better.”

Deputy Murray’s Sergeant Gene Anderson said he’s the first one in his shift to receive the award.

Deputy Murray says working in a small town can be scary as he could respond to family members or friends being in life-threatening situations, but to be able to save even one life, is enough to keep him moving forward.

“It gives you hope. You always see the worst things in law enforcement. Some things happen and you get down," said Murray. "It happens to the best of cops. Sometimes you just get worn out and there’s always something that happens right at the right time to just kind of boost you back up to keep you going.”