JJ Bleday back in town, enjoying down time before heading to Miami 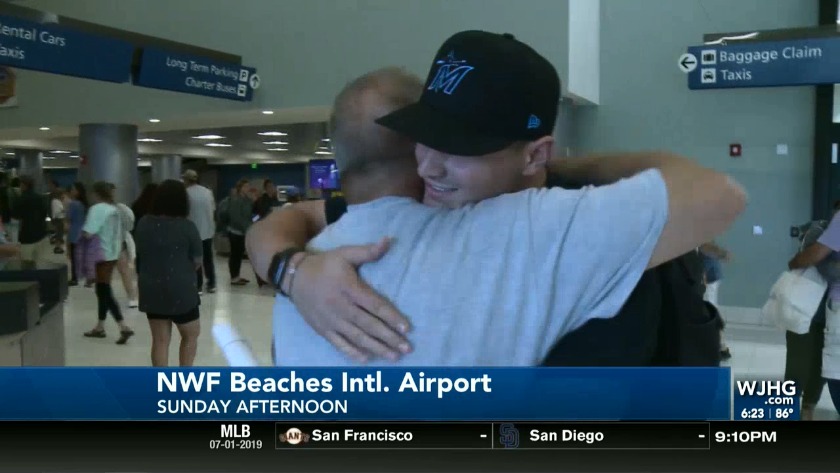 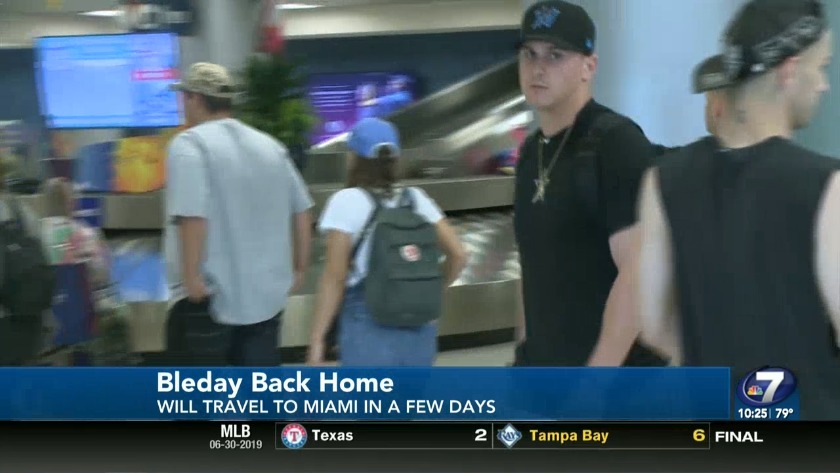 JJ Bleday Back in Town

PANAMA CITY, Fla. (WJHG/WECP) - It probably feels pretty good to be JJ Bleday right now, if not a little hectic and jet-lagged.

Bleday was met at the airport by his dad. (WJHG/WECP)

Bleday is coming off of a national championship with Vanderbilt, with many accolades amassed over his college career, and the fourth overall draft pick to the Miami Marlins.

The Mosley alum coming back into town Sunday for a little down time while his contract is being finalized, it's expected to be a multi-million dollar payday.

"Well right now it's an exciting time," JJ told us Sunday "you're done with college and getting ready to play professional baseball. It's one of those things that whatever you learned in college and whatever you did in college, you take it with you to the next level. I was talking with my brother on the way to the airport and he said, 'Just don't ever forget that, don't forget where you come from and try not to get too high and try not to get too low."

As for leaving Vanderbilt for the final time as a player, well that turned into an emotional experience JJ says.

"You know once we got back it was a busy few days. And when everyone started leaving, that's when it hit us. And a very emotional three days. No one on the outside, unless you're an athlete, or have been an athlete, you don't know how much goes into it and how much time you spend with your teammates and staff. And even the families that put their time and effort into it. It's not a goodbye, it's a see you later. It's one of those things, we're gonna see them down the road for sure."

Bleday even admits to shedding a few tears in parting ways with those teammates, coaches and staffers. Now he's ready to look forward, and it's a good guess to say the events just ahead won't be too big for a 22 year old, who, as his father, Dr. Raymond Bleday, tells us, has loved the game of baseball since he was a very young child.

"Well JJ started in Little League" Dr. Bleday says "all the way at five or six years old and started with organized travel baseball at age 8 and he's been going ever since."

And having older brother Adam to help guide him along the way, well that's been big. Adam also played college ball, and spent a couple of years in minor league ball with the Astros organization. And now is a developmental pitching coach with the Orioles organization.
And for JJ that's just another "baseball counselor" available to him.

"It's huge, he's my best friend, and another coach in my eyes." JJ says. "And to have him had that experience ahead of me, even with college. He went to college before me and had the experience with coaching, and the grind, so to say, of being a college and professional athlete. And he's been there since day one, and it's huge to have that."

Once that contract is finished, and signed, JJ will make his way down to Miami. The team says it will let take some swings at Marlins Park, meet with the team and then get in front of the South Florida media. For now though, JJ says, he will be enjoying the down time.