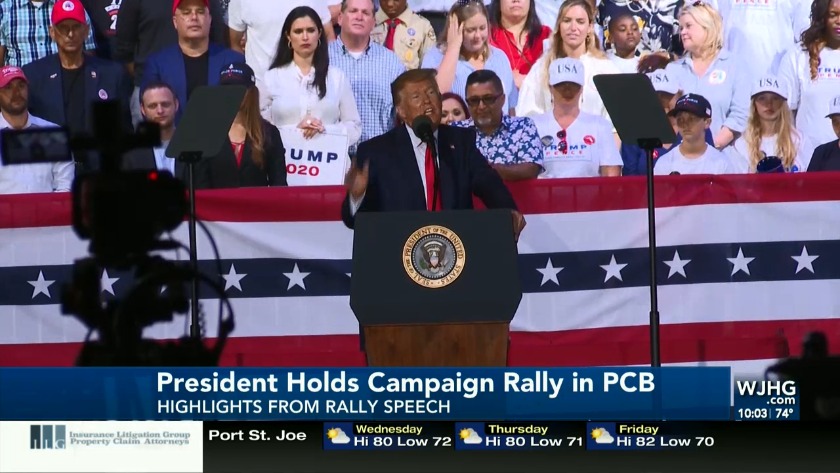 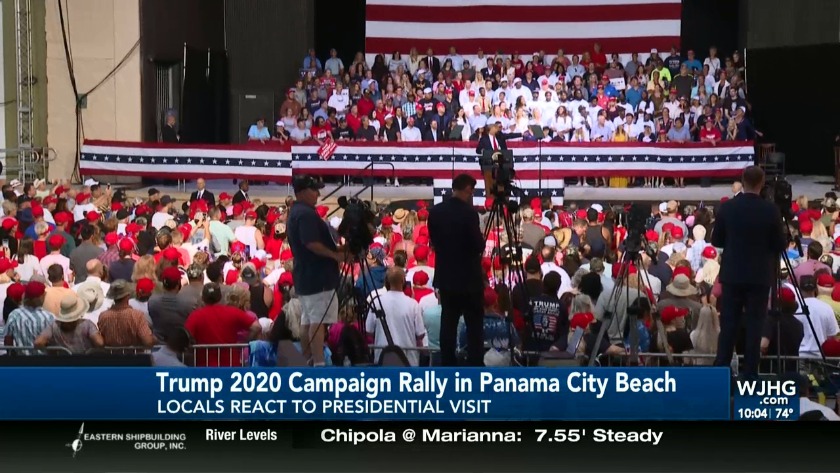 In regards to Tyndall Air Force Base, President Trump said F-35's are coming and he's aware of the need to bring servicemembers back to the base. During his speech, he also touched upon a number of topics including hurricane relief, abortion, and immigration policy.

"No nation can tolerate a massive organized violation of its immigration laws and no one should run for office without an ironclad pledge to protect and defend america's borders," President Trump said. "You shouldn't be allowed to run."

Thousands of locals and people from all over the country were in attendance. Locals said they were happy to see President Trump in our area and wanted the hear about his accomplishments during his presidency, his plans to repair damage to Tyndall Air Force Base and hope that federal funding is on its way.

"Maybe we gonna get something done and I just hope everything turns out," Jackson County Resident Chanely Carter said. "It's pitiful to see the hurt people that you see everyday it's been devastating."

President Trump said he plans to give nearly $500 million for recovery efforts.

President Trump started his speech with some jokes, but got right into Hurricane Michael relief. He promised $400 million in HUD Disaster Recovery to "help families rebuild."

He also said Tyndall Air Force Base will be rebuilt and be better than it was. He also said it will employ more people than it did before the storm hit.

President Trump also said the Federal government will pay for 90% of all costs, but says Democrats in Congress need to to pass an acceptable bill. He says they're getting close.

While speaking at Aaron Bessant Park, President Trump had many thanks to give to those helping in Hurricane Michael relief, including FEMA and the military.

This stop was part of President Trump's 2020 Reelection Campaign Tour.

More than $2.7 million awarded to local organizations to help with Hurricane Michael recovery

More than $2.7 million awarded to local organizations to help with Hurricane Michael recovery