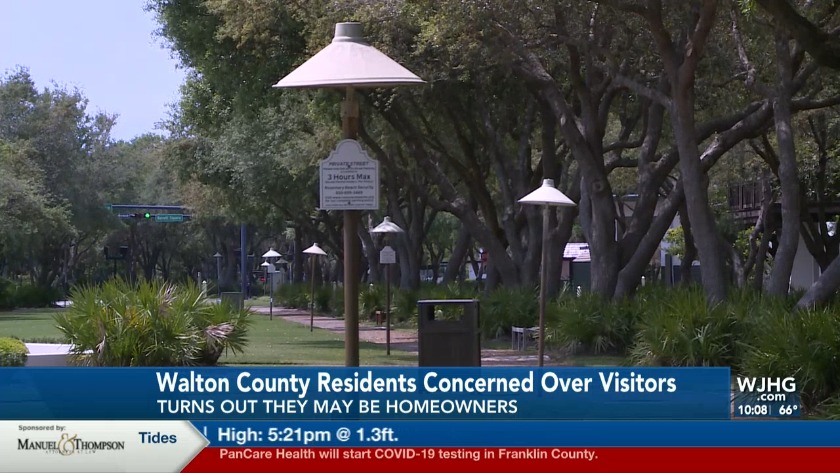 Should Out-of-State Home Owners Be Allowed to Come Down 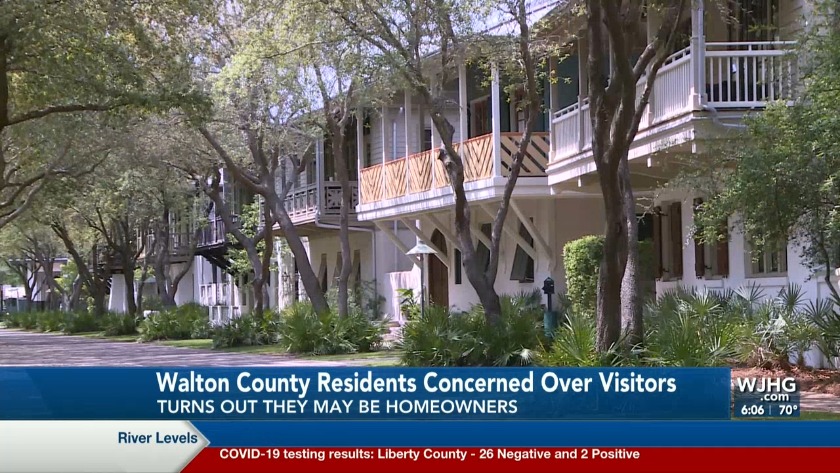 WALTON COUNTY, Fla. (WJHG/WECP) - Tourism officials with Visit South Walton say they understand concerns residents have about potential out-of-state visitors, but according to reported numbers they might not be visitors, but residents.

Demarest went on to say a typical percentage of paid occupancy for a slower month is around 35-40 percent.

Locals we heard from who did not want to speak on camera still had concerns saying out-of-state property owners should shelter in place in their first home but officials say it would be difficult to deny anyone the right to stay in their second home.

“If you own two homes you can shelter in place in one of those two homes,” said Demarest.

A property owner on 30A we spoke with says he understands local's health concerns but believes many property owners or members of the military are wrongly labeled as visitors.

Peter Trout a Walton County property owner said, “Have I seen the out of state plates? Absolutely. But you can’t assume that they’re renters. These people are homeowners, tax-paying people. I think everyone needs to reel it in a little and take a deep breath.”

Many Floridians may ride out hurricanes due to pandemic

Many Floridians may ride out hurricanes due to pandemic