Blountstown starts season with a bang on the road 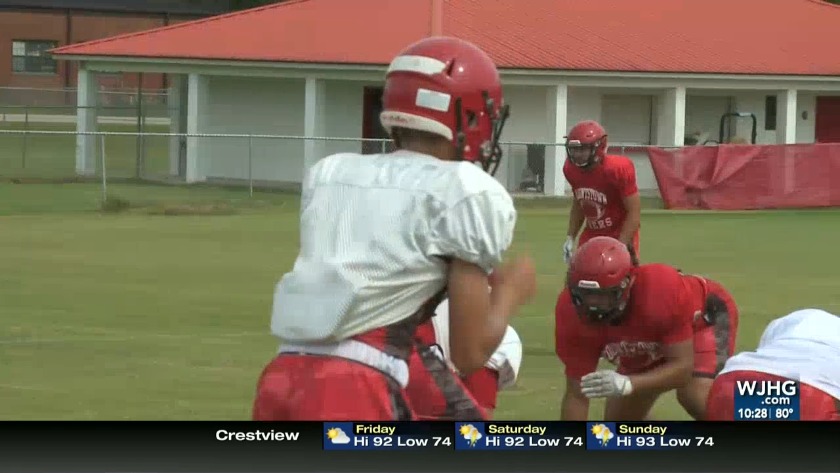 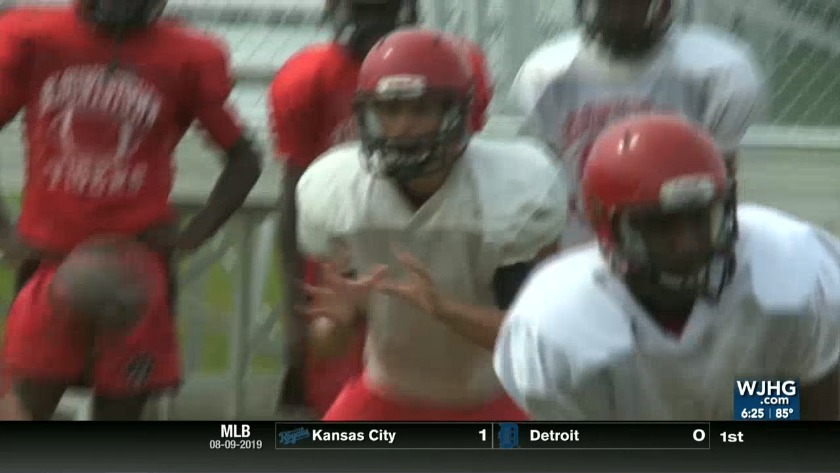 BLOUNTSTOWN, Fla. (WJHG/WECP) - The Blountstown Tigers are ready to play football for the second season under the leadership of coach Beau Johnson.

The Tigers take practice reps ahead of their preseason classic against North Florida Christian.

They're practicing—and eventually, they'll be playing⁠—on Bowles Field at Ted Cooper Stadium for the 81st season.

The stadium may be old, but for the first time since Hurricane Michael it looks good as new.

Bleachers were tossed downfield and light poles were snapped in October. While the Tigers took the field during the first week of fall camp, bleachers were laid down and MUSCO lighting was installed.

"There was a pep in the coaches step and there was a pep in the kids when they started seeing it was going to be okay," Johnson said. "It's just a great feeling. The kids deserve it because they never wavered through the bad times, so it's exciting for them to be able to see the good times are coming."

When they host Marianna in week three September 6th, it'll be their first home game in 357 days. First things first, though: the Tigers start the season by running the gauntlet.

First up is a preseason classic Friday the 16th at 2A state champion North Florida Christian. The following Friday, they open on the road at 5A Arnold.

Johnson admits to being called crazy, but says there's no way his team would rather open the year and at least they'll know where they stand.

"Three weeks is a long time to practice for a game. Well if you're going to get ready for a bowl game, it might as well be a New Year's Day bowl game! Going and playing the 2A state champ, it's like we're playing on New Year's Day. We're getting after it."

Of the 22 players making up the varsity roster, half of them are familiar names. 11 seniors fill out the squad, including key play makers RB/S Treven Smith, WR/CB Javian Rives, and RB/DB Alex Valdez.

The same tenacious attitude carries over with them.

"We're playing all these tough games right in a row early," Johnson continued. "That's why you work hard in the weight room all year. That's why you condition all summer. That's why you come out here and practice hard. This year, every single kid on offense and every single kid on defense has somebody behind him learning that position. So we are literally two deep at every spot. We'd better get them ready to play, because they're going to have to help us. Honestly, that also gave them the confidence and some of them have risen their game."

Preseason game time and week one kickoff are set for 7 p.m. local time.