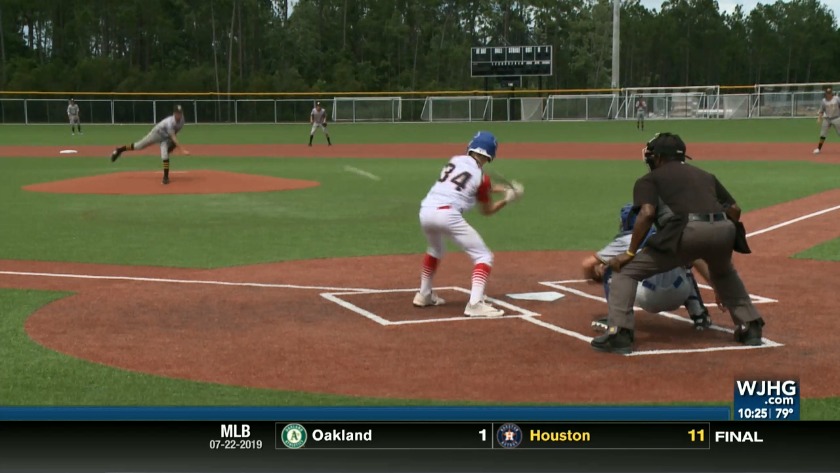 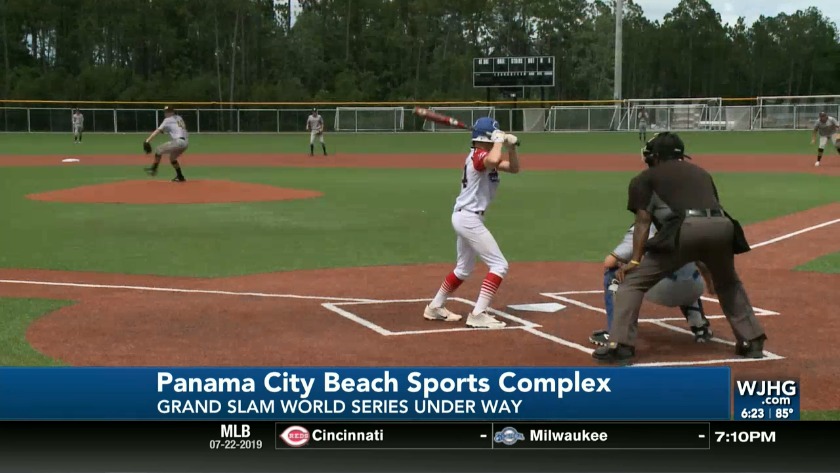 61 teams in Panama City Beach this week taking part in Grand Slam World Series, and making use of the new PCB Sports Complex.

This week it's the latter, with Grand Slam Tournaments hosting a week long tourney for the older baseball teams. This a 4th consecutive week of Grand Slam events.

The players and coaches telling me they like the new facility, they like playing on turf. There are some things you have to get used to, but overall they are enjoying the experience.

That can also be said of the folks organizing and running this event.

"This is our fourth World Series this year and we're so excited." says Larry Thompson, CEO of Grand Slam Tournaments. "We've got our older kids, 61 teams from 15 different states here. And so excited to be at the new complex. This has been a long time coming and we're just really excited about it."

Again the complex remains under construction to some degree. In the case of the game I shot today, they just finished laying down concrete on the outside of the fence down the right field line. Larry says even with the work ongoing, the park is at a point where it can host the games safely and having these fields available is a rather big deal!

"No doubt, we have been waiting for this a long time. I will tell you this, the fields are immaculate. It's probably one of the nicest complexes you can play at in the entire southeast. So even though the aesthetics and the other stuff is not really finished yet, it
really doesn't matter we're playing baseball."

After the baseball this week, a military softball tournament and a big soccer tournament are on the schedule in the coming weeks for the new complex!