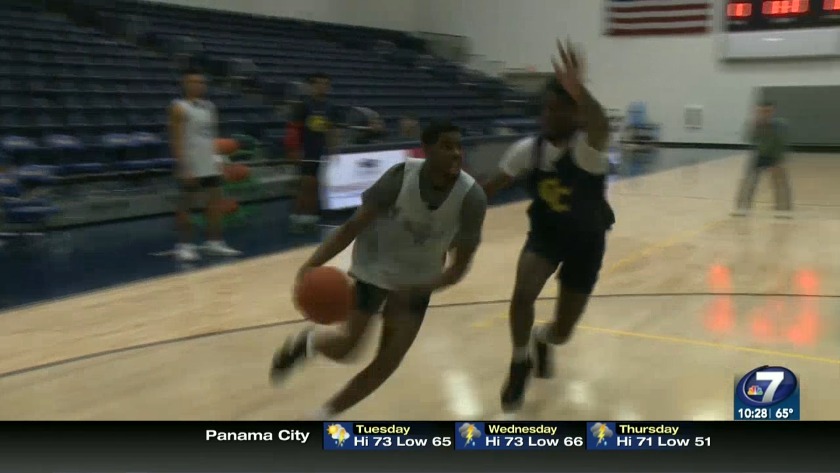 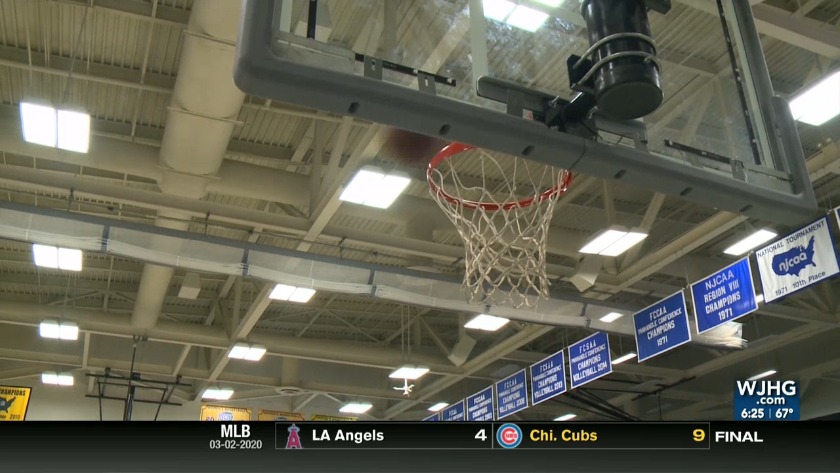 NICEVILLE/PANAMA CITY, FL (WJHG/WECP) It is a big week ahead for some area juco basketball teams, as they get set to play in the Region 8, or State Tournament.

Northwest Florida. A.D. Ramsey Ross and the entire Raider Nation getting set to host that 2019-2020 State Tournament, both the men's and women's teams competing there for the titles starting Wednesday.

The Lady Raiders among the 8 teams that will fight it out for that Region 8, or State Championship.
Coach Walker's team 24-4, the champs of the Panhandle Conference, and the state's top ranked team!

They'll take on a 23-6 Eastern Florida team, the runner up in the Suncoast Conference in the quarterfinals Thursday at 6. When that one tips off, it will be over a week and a half between games, even longer between meaningful games, since the Raiders clinched the title well over two weeks ago. Northwest head coach Bart Walker happy to have a long break to prep for State.

"Well I mean it's good to have some time off from the end of the regular season to the State Tournament. To get some rest, to get your bodies built back up. Work on some fundamental things that you've been deficient in, that you really haven't had time to do. I think it's a good time to maybe make some alterations in what you're doing. But the thing is to just keep them engaged, and fix your problems."

The Lady Raiders play their quarterfinal Thursday at 6.

As for Gulf Coast, they take on Florida Southwestern in their quarterfinal Thursday at 3. The Commodores finished the season 21-4, 8-4 in the Panhandle Conference, so the runner up behind the Lady Raiders who were 9-3.

Coach Scovel, who announced she's retiring after this season, making her 20th trip to State, and she has reason to be particularly proud of this group taking her there. What with a few season ending injuries and other adversities, starting with the preseason loss of sophomore Nadia Marshall, perhaps her best defensive player.

"Then we lost Laila Grant, our most efficient long range shooter, and 13 points a game." coach Scovel told me after her team's practice Monday. "And then we had some sickness and then we had ankles and concussions, and you know we were down to seven bodies. Almost had to forfeit a game because we didn't have enough players. So to be qualifying for the Region 8 Tournament is pretty special."

Gulf Coast familiar with the host venue, a win at Northwest back in late January, a loss to the Lady Raiders in early February. So that's a plus, and coach Scovel for one, loves having this tournament so close to home!

"For me personally, I love it." coach Scovel says. "I'm kind of the home-body, getting to sleep in my own bed throughout this tournament. Hopefully we get to go more than one day. So to be able to travel back and forth, practice in our own gym, sleep in our own beds. And our fan base, to have this tournament close to home and hopefully they can come."

Over in the men's bracket, it's just Gulf Coast representing our area.
The Commodores, as the runner up to TCC in the Conference, making it to State for the first time since 2009, and having to go through their share of adversity to get there!

That includes the loss of head coach Phil Gaffney just a few games into the Conference slate. He's recovering from a serious medical issue.

And then there's the way the team clinched this berth, with Maurice Gordon hitting the half court shot at the buzzer to beat Tallahassee in the final game nine days ago.

The team's been taking some time off, and practicing since then, part of the long break before the state quarterfinals Wednesday.

"At this point I would say that maybe we needed this little bit of a time to emotionally move on from that (buzzer beating win over TCC)." assistant coach Scott Jackson told me Monday. "You always want to capitalize on momentum, but I think the main thing is you have to prepare yourself for what's coming up. And make sure you're healthy. Make sure you get a game plan together. So I think it's probably benefited us, having this little bit of a delay."

Gulf Coast, at 21-7, faces 29-1 Florida Southwestern in their opener Wednesday at 3 o'clock at Raider Arena.