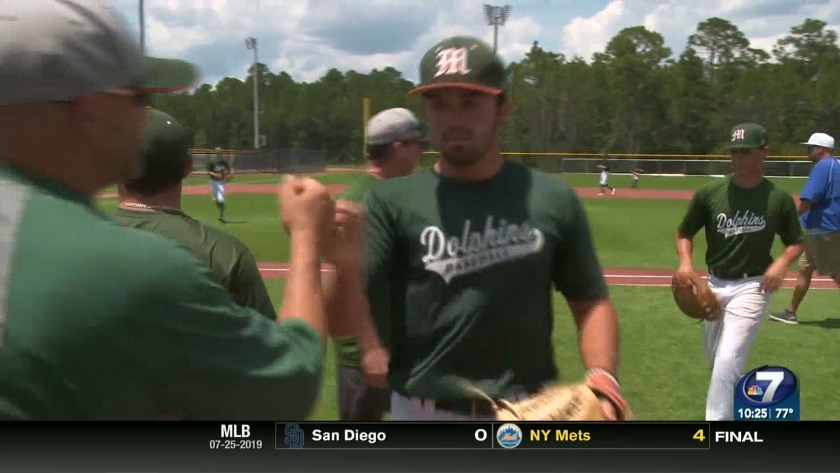 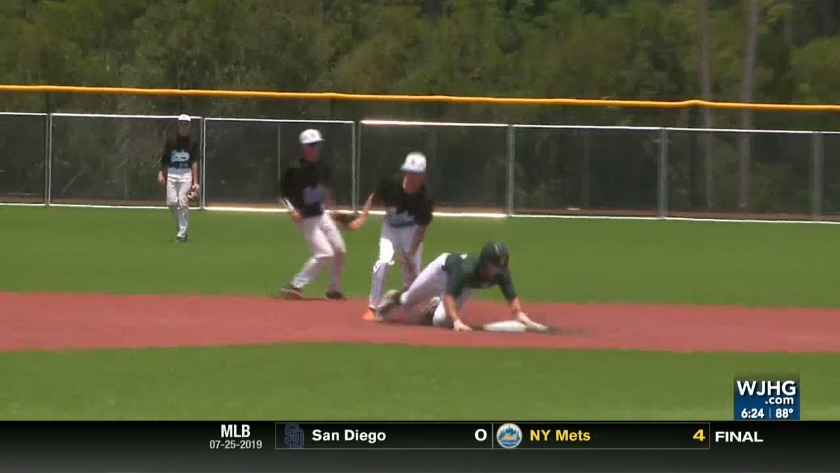 PANAMA CITY BEACH, Fla. (WJHG/WECP) - Mosley's experience in week four of the Grand Slam World Series 16U bracket didn't start as well as they had hoped, with losses in the first two games.

The Dolphins' first experience on the new turf fields at the Panama City Beach Sports Complex couldn't be better though.

Although the aesthetic and playing style take a bit of getting used to, Hudson joins the list of coaches and players near and far (baseball and softball) who say the fields mirror a natural surface with a few differences.

The most notable difference is that the entire surface is turf, not just the field itself. Generally, the batters box, basepath, and mound are dirt even if the grass is artificial, but that's not the case here. To Hudson and the Dolphins, it doesn't make much of a difference.

"We haven't had any problems with it. The kids haven't had any complaints at all about it. The mound is kind of flat to the ground, that's the only thing I've heard that's a little bit different than a regular field, but pitchers are throwing fine off of it."

The complete turf setup is ideal for resuming games after rain and lighting delays. Although the idea will have to be examined on a case by case basis, Hudson added that he would be open to playing regular season games at the complex in the future in Frank Field is rendered unplayable by conditions.