Monday's school bus wreck in Gadsden County is renewing questions about seatbelts on buses.
The student who died was thrown through the bus' windshield.
And the bus was not equipped with the safety devices.
School officials throughout the region say they're continuing to equip buses with seatbelts, but it's been a long, slow process.

Florida Highway Patrol investigators are still trying to find out what caused 40-year-old bus driver Timothy Deboyce Kelly to leave the roadway Monday afternoon and hit a tree.
The impact of the crash sent West Gadsden High School Junior De-Sherrime Murray through the windshield.
She died Tuesday morning at Tallahassee Memorial Hospital.
The tragedy hits close to home for neighboring school districts.
"Most of our districts right around here, 5-6 districts, gets together every year for the bus drivers' in service and so we get to know each other pretty good."
John Hamilton serves as the Transportation Director for the Jackson County School Board.
He says they are re-evaluating their safety procedures after what happened.
"It's very important because safety is the utmost importance, we emphasize that at all times."
All of the school buses in Jackson County undergo meticulous inspections every 20 days to make sure everything is working properly, including the seatbelts.
Hamilton says 90% of Jackson County's buses are equipped with them.
"We're on a 10-year rotation where we replace 10% of our buses each year so we're on the last rotation so after we get our rotation next year, we should be 100% with seatbelts."
Washington County school officials say 95% of their buses have seatbelts.
52% of Holmes County's buses have them installed.
In Calhoun County, that number is 44%.
And 45% of Bay County's bus fleet have seatbelts.
But just having the belts won't prevent injuries.
"School officials do encourage students to buckle up when they step onto a bus. However, if the student still refuses to wear their seatbelt, the bus driver will NOT be held liable for it."
School officials say even buses without seatbelts have other safety features, like the height of the seats.
"So that upon a frontal impact, the child will go against the seat and that will absorb most of the impact, plus it's a safety device so that they won't be projecting through the air."
In spite of Monday's fatal crash, school officials still say buses are the safest way to transport students.

Highway Patrol investigators are hoping the video camera on-board the bus will reveal more information about what caused Monday's crash.

Video: Live at Rock It Lanes 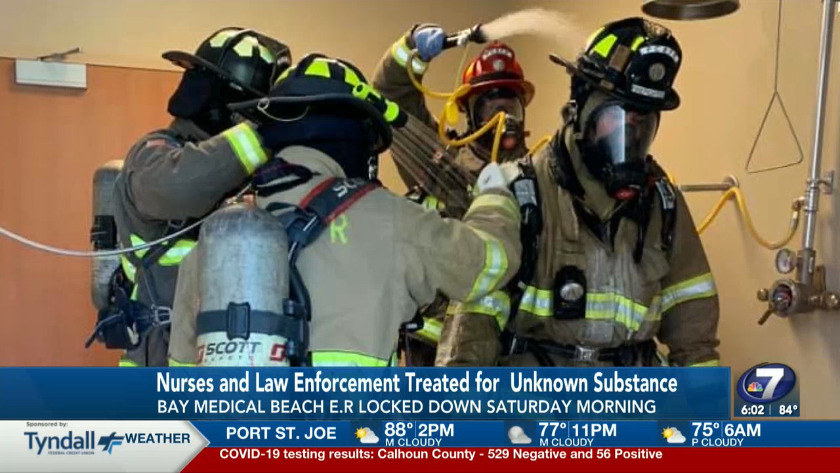 Video: Live at Rock It Lanes