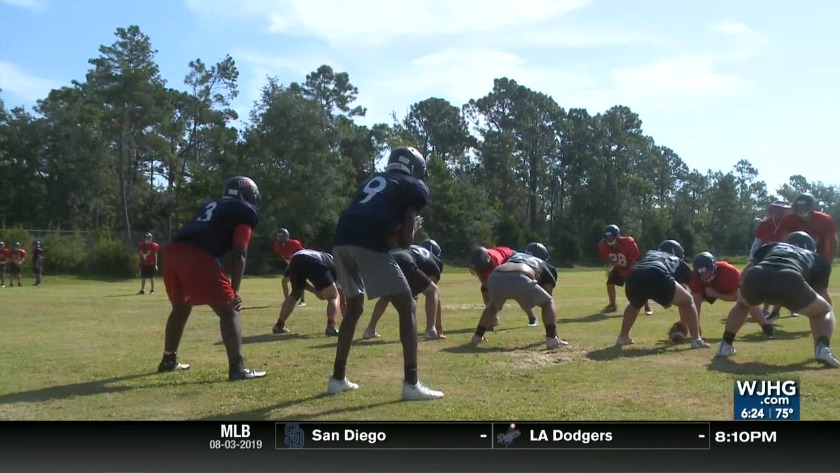 Quality over quantity for Bozeman football 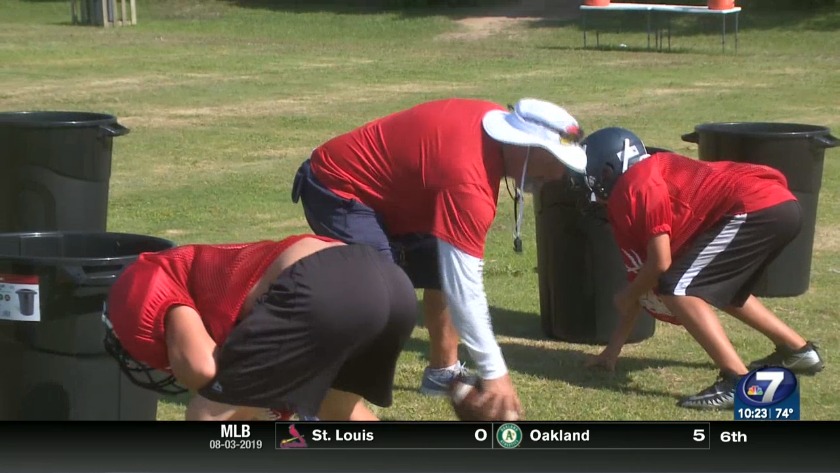 PANAMA CITY, Fla. (WJHG/WECP) - On the field and the sideline, the Bozeman football team underwent drastic changes in 2018.

Quarterback Jordan Rosales lines up in the shotgun.

Their roster was overhauled with a bunch of new players, many of whom had never even played football before according to head coach Jason Griffin. Griffin, while no stranger to the sport, was new in the Sand Hills, leading the Bucks to a 2-7 record in his first campaign at the helm.

Together, they've figured some things out, and there's familiarity in 2019.

Griffin is back, so are eight to nine starters on each side of the ball.

"I've got kids that have been in the program," Griffin said. "Last year, I got numbers up but it was a lot of kids that never played football. Although I don't think we have the quantity that we may have had a year ago, I think the quality overall is a little better."

While the experience is helpful, depth is always at a premium in the county and the 1A class.

"We're like anyone else. Our depth is not good," Griffin admitted. "We're not going to be able to have two or three guys. We're going to have a lot of guys playing both ways and special teams, but I think the caliber of player that I'm going to have on the field overall should be a little better."

Jordan Rosales will take the majority of snaps at quarterback, with last season's QB Blake Embrick being used in a utility playmaking role.

In one of the most notable coaching changes in the region, Josh Wright takes over as defensive coordinator after six years as the head coach at Arnold. Wright and Griffin go way back, with Griffin serving as Wright's offensive coordinator prior to accepting his current role.

"Loving him as a friend and caring about his family, it frustrates me that he didn't have an opportunity to probably land a head coaching job, which he probably should. But for Bozeman football," Griffin added, "having Josh Wright out here, he's another head coach. He's one of the best football coaches in North Florida. He was looking for an opportunity to land somewhere and regroup. He just brings so much to the table not just on the field, but off the field. He's not going to always tell me what I want to hear, but he's going to tell me things from the experience of a guy who has been a head coach for a long time."

The Bucks host Holmes in week one of the regular season.