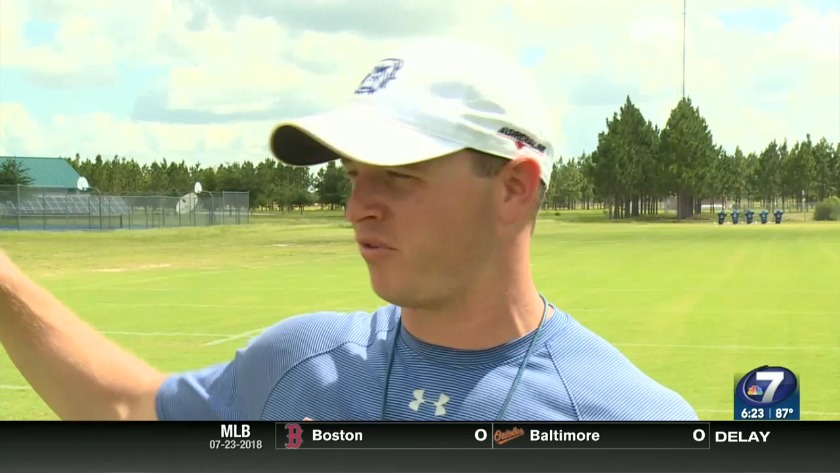 FREEPORT, Fla (WJHG/WECP) - Freeport took a big loss to its football team, and a gain for Vernon's.

NewsChannel 7 confirmed running back K'wan Powell, a sophomore to be, has enrolled at Vernon High School and intends to play for the Yellow Jackets this fall.

Players transfer somewhat routinely these days, what makes this noteworthy is Powell is a rising star, coming off a freshman season in which he rushed for 1600 yards and scored 23 touchdowns.

He was good enough to garner a non-binding scholarship offer from Florida State, unusual for a freshman.

Just a few weeks ago, we featured Powell's story, and the pitfalls a kid getting an offer that early can pose for a coach.

We even asked Freeport head coach Shaun Arntz if he worried about a player like that perhaps thinking of moving to better his chances of getting more offers?

"These coaches will actually tell...I've had a couple tell K'wan, you don't need to go anywhere," Shaun Arntz, Freeport football coach said. "We don't care if you win five games, ten games or three. You've got a good program here, a good coach looking out for you. You've got a front office looking out for your grades, making sure you are NCAA eligible. There's no need...if you go anywhere it's because it's an intrinsic mode. It wasn't anything that was happening around you."

This isn't the end of it, sources have told NewsChannel 7 Freeport has filed a grievance with the FHSAA because it believes somebody at Vernon had improper contact with the sophomore to be.

Oh by the way, Vernon hosts Freeport in week one of the season!