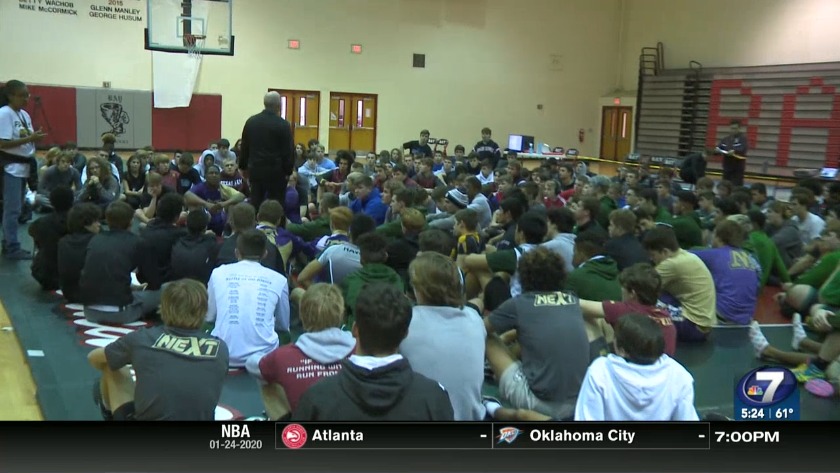 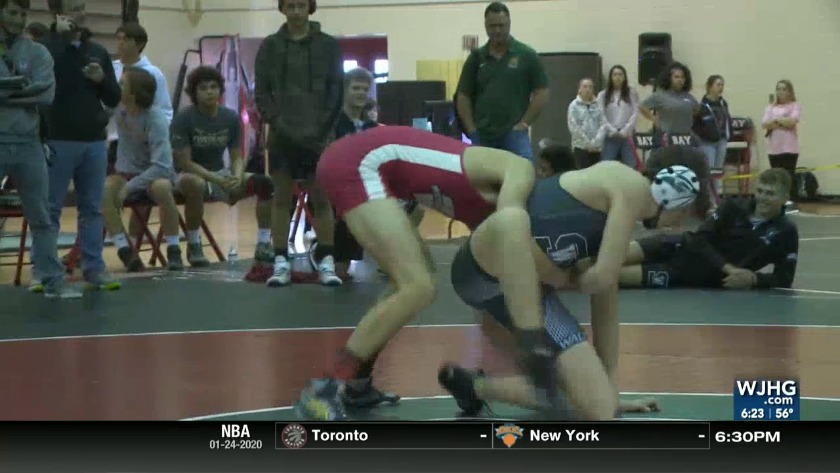 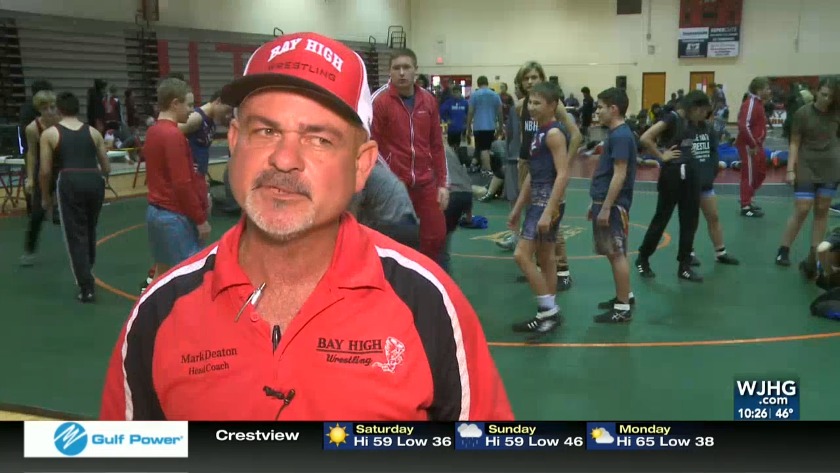 PANAMA CITY, Fla. (WJHG/WECP) - If wrestling has been a part of your life in Bay County, directly or indirectly, you probably have George Mulligan to thank.

An All-American in 1955 at Rutgers, his commitment to the sport in this area is why he's known as "The Father."

Mulligan founded the county's first team at Bay in 1960 and helped start the second and third teams at Rutherford and Mosley in 1970.

The George Mulligan Memorial Tournament spanning Friday and Saturday at Bay's Cobb Gym welcomes 17 teams—area schools Arnold, Bay, Bozeman, Marianna, Mosley, North Bay Haven, Rutherford, South Walton and Wewahitchka among them. One man's passion decades ago paved the way for many of the wrestlers at the event that now bears his name.

"He meant a lot to this whole wrestling community, so when I came back from retirement to coach again, it was to bring his tournament back," Bay head coach Mark Deaton explained. "It used to be the Bay Invitational. We had it for 22 years, I think. This will be a tournament every year. What we're doing with the gate money is splitting it between Mosley, Bay and Rutherford because he started or helped start all the programs. They are a big part of all of this. That's why you see Bay's mat, Rutherford's mat, and Mosley's mat out here."

Mulligan died in 2018, some seven decades after his first exposure to wrestling. Even then, he continue to be a presence at area gyms and impacted the community whether the kids competing realized it or not.

"The younger kids probably don't," Deaton admitted. "But the older ones that he's worked with–as a matter of fact, Xavier, from Rutherford was the last kid he coached the day before he died. He was at his house coaching him."

Deaton is one of many whose experience in the sport was shaped positively by Mulligan. A tournament is the least his former pupil felt he could do to honor the legacy.

"This is a promise that I made to his family at his funeral," Deaton explained. "He was my coach since I was probably in 8th grade. He assisted with me years down the road as I was coaching. He meant a lot to this whole wrestling community."

Bay, Mosley, and Rutherford will split the gate.