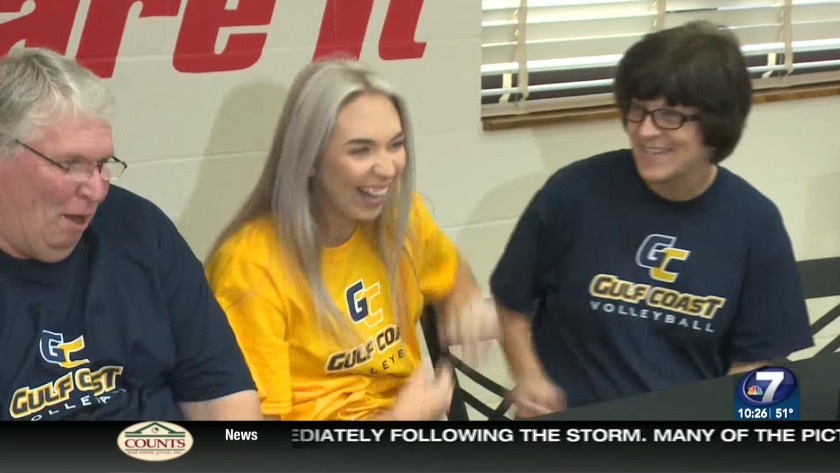 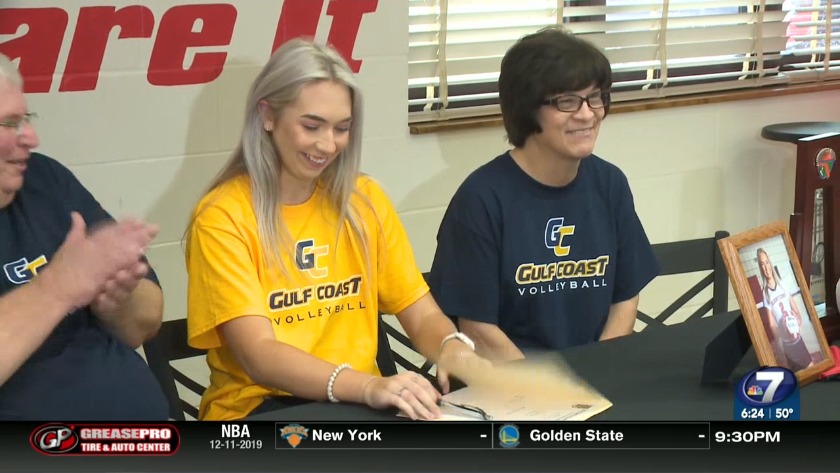 Former Blountstown teammates Sarah Shuler '20 and Emma Richards '19 will play alongside each other again at Gulf Coast next fall.

She'll be in her comfort zone.

"If I need something, I can definitely come home and get it in one day," Shuler said."

She'll also be in good company.

The GCSC class of 2021 includes: Kilee Hudson from Bay, Joyce Badillo and Olivia Whittle from Mosley, as well as Anna Merrill Goolsby and Bailey Hedden from Arnold.

"I do remember playing against some of them," Shuler remarked. "I've met them before so I do know them now. It's hard to go in and play with people you don't know, but if you have seen them before, it's easy to be around them."

She is GCSC's first local signee this year. Area ties were a key reason for popularity and success last season, making the national tournament for the first time.

"I think it helps building the chemistry early," Gulf Coast head coach Scott Allen said prior to the NJCAA Tournament. "Then the girls that are from out of town, it helps them come into the group a little bit easier."

"That's something that some other teams don't have," Richards added at the signing. "When you have this bond and no one else can break it, then you're headed in the right direction."

After finishing her high school career this spring, the newcomer hopes to keep her new team on the winning track.

"I'm super excited. They had a really good season and hopefully next year they'll have an even better season."

"She's a good all around player," Richards said of her former teammate. "She just just fit in with any position that is needed. She's very energetic and brings a lot of positive energy to the team so I think she can help us a lot."