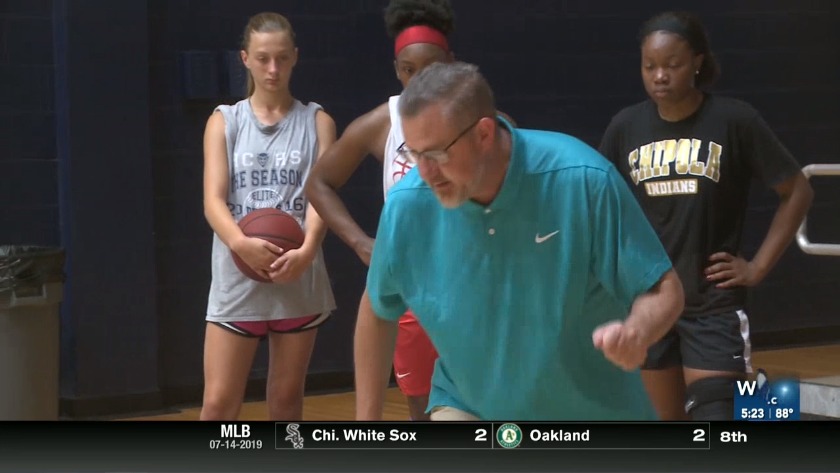 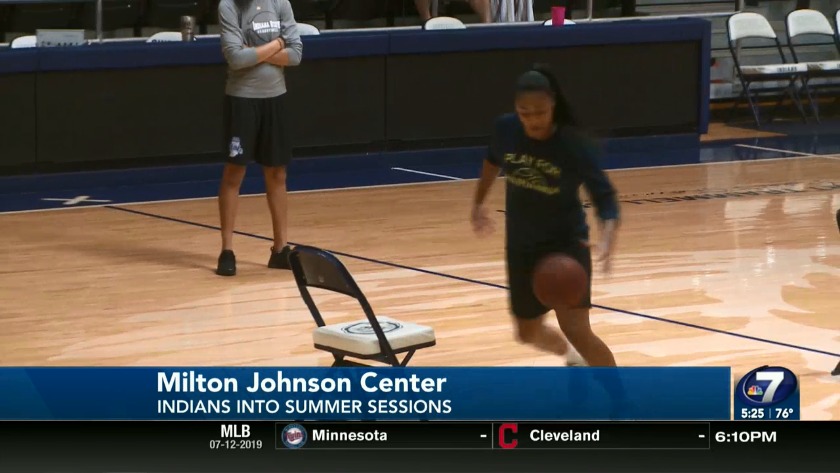 MARIANNA, Fla. (WJHG/WECP) - It is the time of year when you might not ordinarily think of college basketball, but the fact is, if you aren't working hard both as an individual and as a team, you are probably falling behind.

With that in mind, there is hard working going on at the Milton Johnson Center on the Chipola campus.

Lady Indians head coach Greg Franklin is currently working with about half the players who will help make up that team come fall.

Scholarship athletes usually take summer courses to lessen the academic load during the season, which makes them available to coaches for summer workout sessions.

"[We're] basically working skill development, ball handling, shooting, just different things," Franklin said. "Individual workouts, weights as well. We'll do some conditioning. They necessarily don't like that, especially with how hot it is outside, running hills and things like that, so that's not a popular thing right now. But it's a necessary thing."

Franklin confirms he'll four sophomores, with three returning and another likely to transfer in from another program.

"Past that, it's gonna be all freshman, all babies," Franklin added with a smile. "It's going to be a learning curve, a quick learning curve. We had to get a little spirited today, get after 'em a little bit, but you're gonna have that in the early days especially individual workouts. You're trying to get them to go at the pace that you know that it's gonna have to to compete at the national level."

The Indians missed out on winning the conference title outright by two games and being in a tie for first by one. In the last game they played last season, they beat the eventual national champs on the floor at Gulf Coast. Franklin believes all that should motivate the returning players, especially during these tough summer workouts.

"It should. We were one game out of first place. Dropped a game at home. We can say if, if if. I don't believe in if's, but we were very, very close to being right there in the mix for a national championship. Our league is one of the toughest in the country, 1-2-3-4. We'll try to recharge this year and see what we can do."

Two more seniors, Champion and Clements have their say

Two more seniors, Champion and Clements have their say