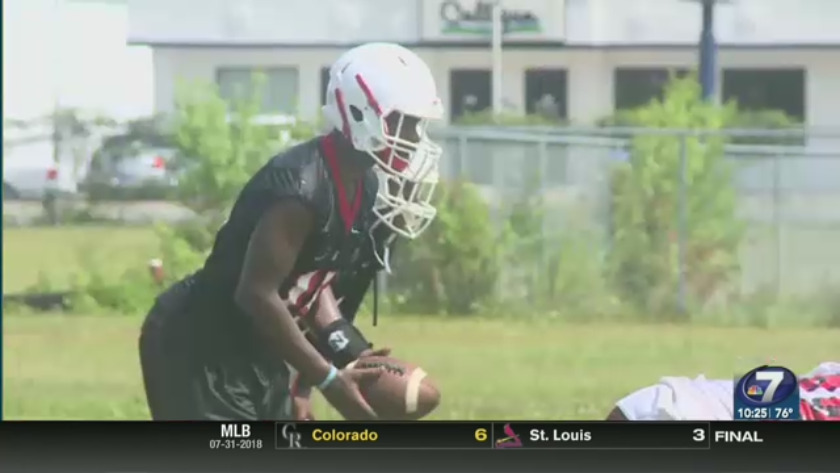 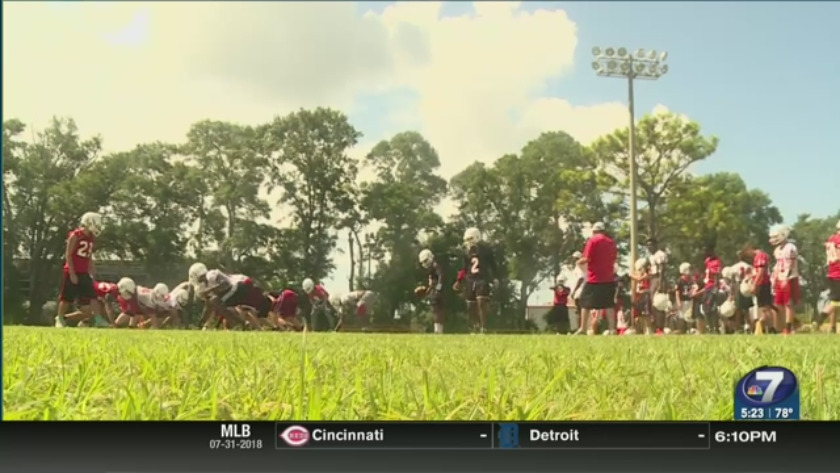 PANAMA CITY, Fla (WJHG/WECP) - High school football programs across the Panhandle are getting through the first week of fall practice.

For us, that means visiting a different camp every day over these next few weeks.

Tuesday, we're crossing the bridge and heading into Tornado territory.

Watkins says his summer numbers were at an all-time high since he's been at Bay, working with about 50 kids.

We asked coach Watkins if the mentality changes going from summer workouts to the official start of fall practice knowing that that first game is right around the corner.

"Yeah because you start preparing for that first day and try to get organized for that," Mike Watkins, Bay football coach said. "You get ate up with that feeling of fall football and all that stuff. Just like I'm sure the whole country is doing. So yeah, we're excited about it and we're ready to rock and roll. We got some new faces out here. Some guys in some different positions and trying to develop some new leadership. So we're looking forward to all those things coming full circle."

The Tornadoes and coach Watkins have something to look forward to this season.

"Yeah absolutely," Watkins said. "I've been here for almost three years now and haven't coached a game at Tommy Oliver. It's finally ready and it's a beautiful stadium. I know the kids are really excited. I'm sure Rutherford's crowd will be excited. So hopefully it's a big time in town event, and everybody is there and we come out on top."

Watkins spoke on last season and how his approach is different this time around.

"Well obviously I really think we hurt ourselves with turnovers last year," Watkins said. "We want to be better in that department. But also, you know, in this day and age unfortunately you fight a little bit of the "me" phase of society and selfishness. So we've really been preaching to put the guy next to you ahead of yourself and try to do it for the team. So if we ask you to run it, throw it, catch it, punt it, whatever we want you to do, we want you to be bought in and do it for the team."

Rutherford and Bay kick off at Tommy Oliver August 17th.