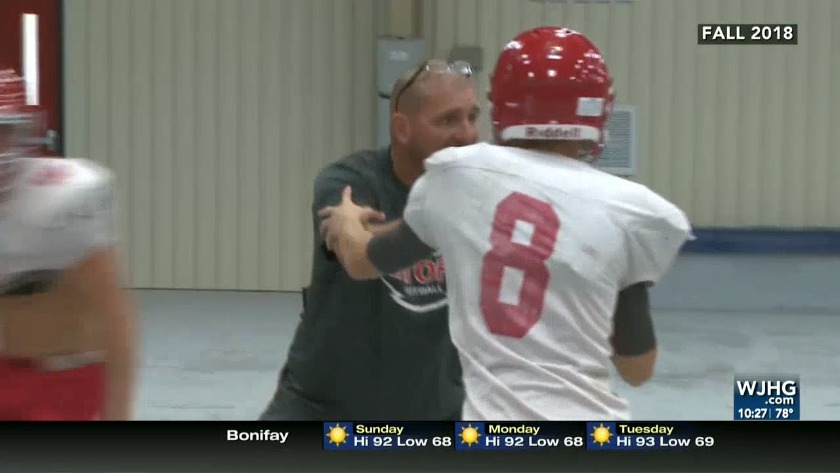 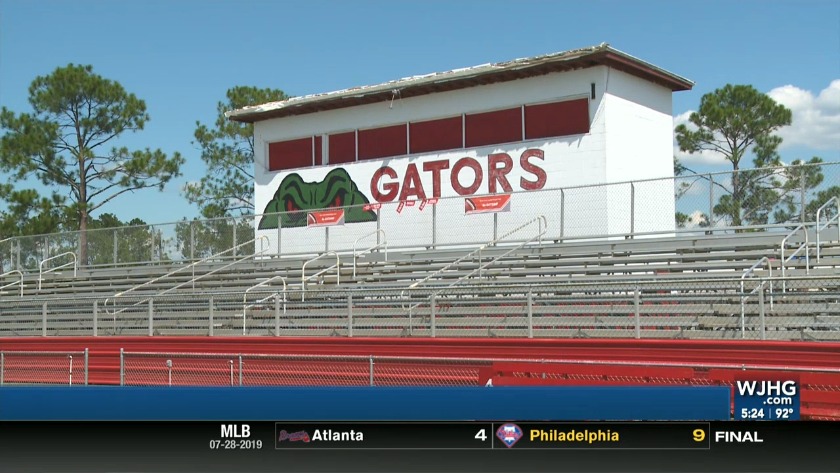 WEWAHITCHKA, Fla. (WJHG/WECP) - Administrators, coaches, and players have classics and home openers circled on their calendars for different reasons.

As high school football practice kicks off statewide on Monday, programs in the path of Hurricane Michael like Wewahitchka still have stadium repairs to finish before hosting fans in four weeks.

Gator Field resumed hosting duties in 2018 despite losing one home game and lack of lighting, but there's still work to do for the 2019 season.

Two bleachers were ripped from the ground. Those need to be replaced before hosting Port St. Joe for the Gators' preseason classic on August 16th. They're also awaiting the installation of Musco lights as well. While this is an upgrade, athletic director and head coach Bobby Johns fears it won't be done in time for the classic.

Here's what the program does have: Increased fundraising from the community and enthusiastic kids.

"I worry about the financial part of not having lights or not being able to play a home game," Johns said. "Our kids have been pretty resilient, which is what I assume most everybody else's kids have been also. We just show up and lift weights and get ready for practice. We're going to play a football game on August 16th whether it's here, somewhere else, no lights, with lights, doesn't matter. We're going to play a football game."

Without lights, Johns said he would consider moving the classic to a late Saturday afternoon or to Port St. Joe, but added the latter option is unlikely because of the financial strain already put on the program after missing home gates in 2018.

"We put a little bit of money back for the future and for situations like this. Obviously we didn't know it would be this bad. We have had to pretty much deplete everything now so fundraising this offseason has been a top priority for us to try and recoup a little bit of money we lost losing home games. Our community has been astonishing, the amount of support we had, people increasing what they've done in the past."

The season opener is at Munroe August 23, the home opener the following Friday against Bozeman. While there's little time to waste preparing the field and the press box, which still has damage to the roof, Johns is taking a slightly more relaxed approach with his players this season.

"We didn't give them any time off last summer," Johns recalled. "We kind of grinded hard on them and when the season started, we felt like they were almost out of gas. So this year, we gave them a little time off. One week at the beginning, one week in the middle, and this last week off as well. Now everybody is really excited about getting ready to go Monday."

Johns expects 19 players on his roster, a decrease from last year's team which went 5-5 and made the first round of the playoffs.