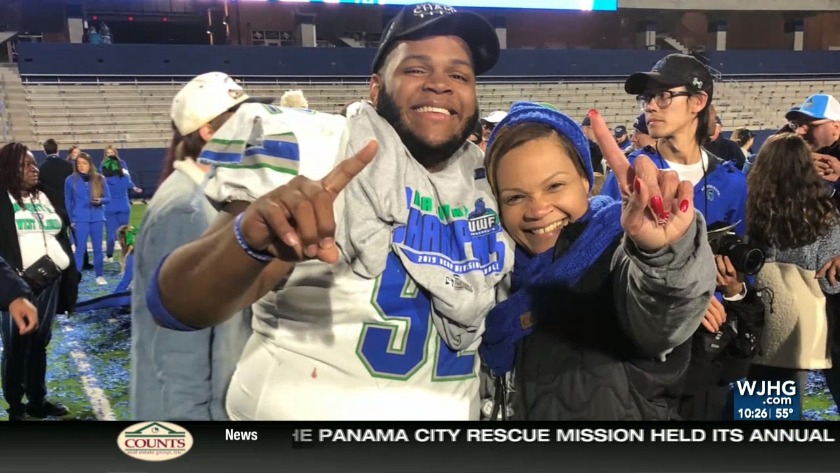 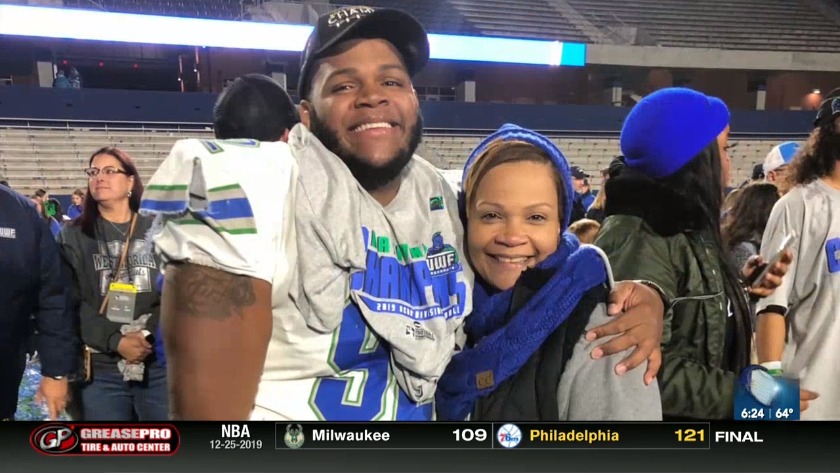 Good things come to those who wait, and Wilson waited four years.
He was a freshman on UWF's first team, appearing in nine games with the 2016 squad. Since then, he has played in every Argos game, going to the national championship and finishing runner up as a sophomore.

In the program's return trip to the title game last Saturday in Texas, Wilson capped his collegiate career with a 48-40 win over Minnesota State to earn the school's first Division II championship.

They may not have realized it at the time, but Wilson and company were building a legacy and program pedigree.

"It was definitely a lot of hard work, a lot of building from the ground up but we believed in each other," Wilson recalled. "We loved each other and we just came together close. When I first got there as a D-line, we just had fun. We let it all hang for each other. I feel like that's what made us special at the beginning.

"We did it. The hard work, it all paid off. All the long nights, all the early mornings that we did. All the spring workouts, summer workouts, blood sweat and tears you put in...the pain, the joy, all of it came together as one and it was just a beautiful thing."

It took the University of Florida 90 years to win a national championship and Florida State 91 years. To accomplish the feat in four years is remarkable, something Wilson doesn't take for granted.

"Now that name, 'national champion,' is always going to be attached to my name and that's something I can tell my kids and their kids," the senior said. "We're forever bonded by this national championship team and they can't take that away from us. It's a beautiful dream. In high school, we went to the playoffs but we didn't win, so I've never really won anything before in my life and that national championship—winning it with people you love—is just something you'll never forget."

Wilson recorded four tackles in the title game with a forced fumble in the second half. To make an amazing afternoon even better, his mother made the trip from Panama City to McKinney to watch in person.

"She's the most important person, my mom," Wilson admitted proudly. "She's been there with me even when I didn't want to. When I didn't see the dream, she did. They counted us out, they said we weren't going to be nothing. But her, she always believed and I believed in her. Seeing her face after the national championship hugging her, embracing her, that's something I'm never going to forget. I'm getting that picture framed. She said she didn't care what it took, she was definitely going to come."

Wilson played for Jim Longerbeam at Bay, winning 5A Defensive Player of the Year honors in 2015. Looking back on his career, it's clear Longerbeam played an important role as well.

"I really want to thank Coach Longerbeam. He stepped in and was just a father figure for me. He always kept it real but he always kept it fun. Open door policy—he never turned us away."